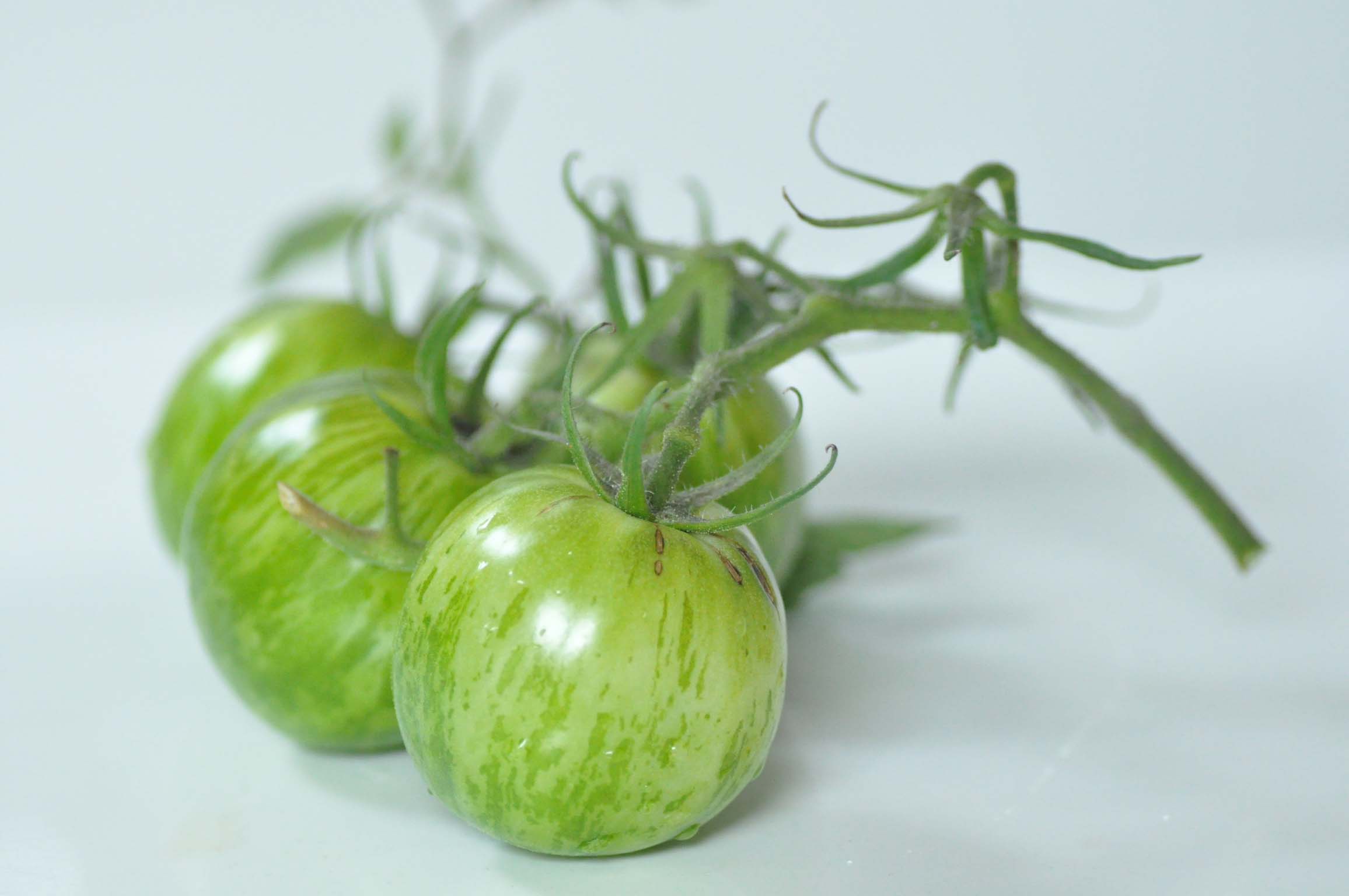 tomatoes will be degreening surprisingly long until late autumn. but i guess now is the time when the season for tomatoes is definitely over. but what to do with all the remaining green tomatoes which did not turn red over summer or the past weeks?

you can do the trick with the box i described two years ago. but this year i have so many  green tomatoes that i would need a very large box to put all of them in. and even-though the trick is great, the tomatoes will not be as fruity and sweet as naturally ripened tomatoes.

an alternative is to eat them green. no, not as a green tomato chutney. much more exciting: make southern american style fried green tomatoes! it was one more time the bakery girl who put me on this idea and i started to search for recipes, because it was an entire new idea to me and i was absolutely clueless how and what to do with fried green tomatoes.

the result was really extraordinary – check it out on this blog very soon – and it was the best thing that could happen to my home grown tomatoes which i grew out of home made tomato seeds (and yes, it really worked!).