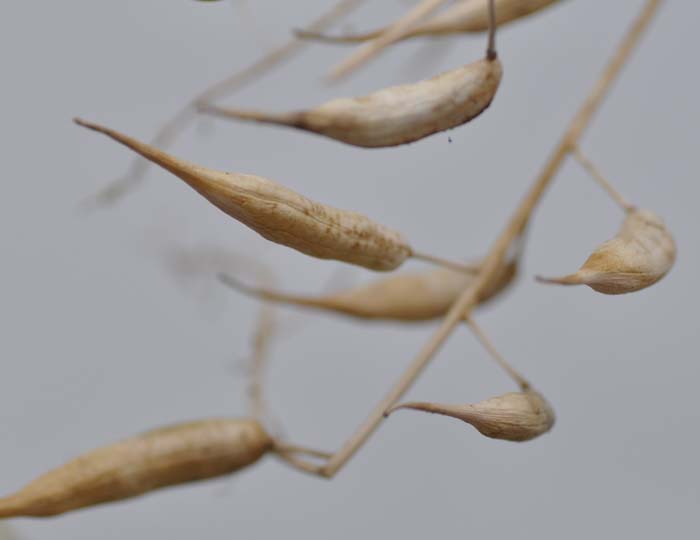 our first year’s radish seeds have been more an accident than anything else. we simply missed to harvest some of the radishes on time. so we decided to wait what would happen to the radishes. first the greens of the radish grows and grows, than it shows small white blossoms and they turn into seed hulls. they grow and mellow the whole summer. in the end they look as dry as on the picture above. this is the time to pick them.

you can open the seed hulls, containing each about five small little radish seeds. store them in small paper bags in a dry and dark place until you can sow them next spring. radishes are one of the first vegetables you can start to grow in spring. they will be far more crunchy and aromatic than all radishes you have ever eaten before. have a look on the post about how to grow radishes and my suggestions what to do with them, like the radish sandwich or the radish greens pesto.

i discovered this year, that in august there is a small time-window for sowing radish a second time. in particular the french radishes are very appropriate, as the weather conditions in late summer are ideal for them. i initially bought the seeds to sow them in spring but was a bit disappointed. it took much more than the 18 days from seed to radish as announced on the bag and they have been much smaller than i hoped. now, in late summer, they have been just perfect and i am happy that we have grown our own seeds out of those radishes as well.