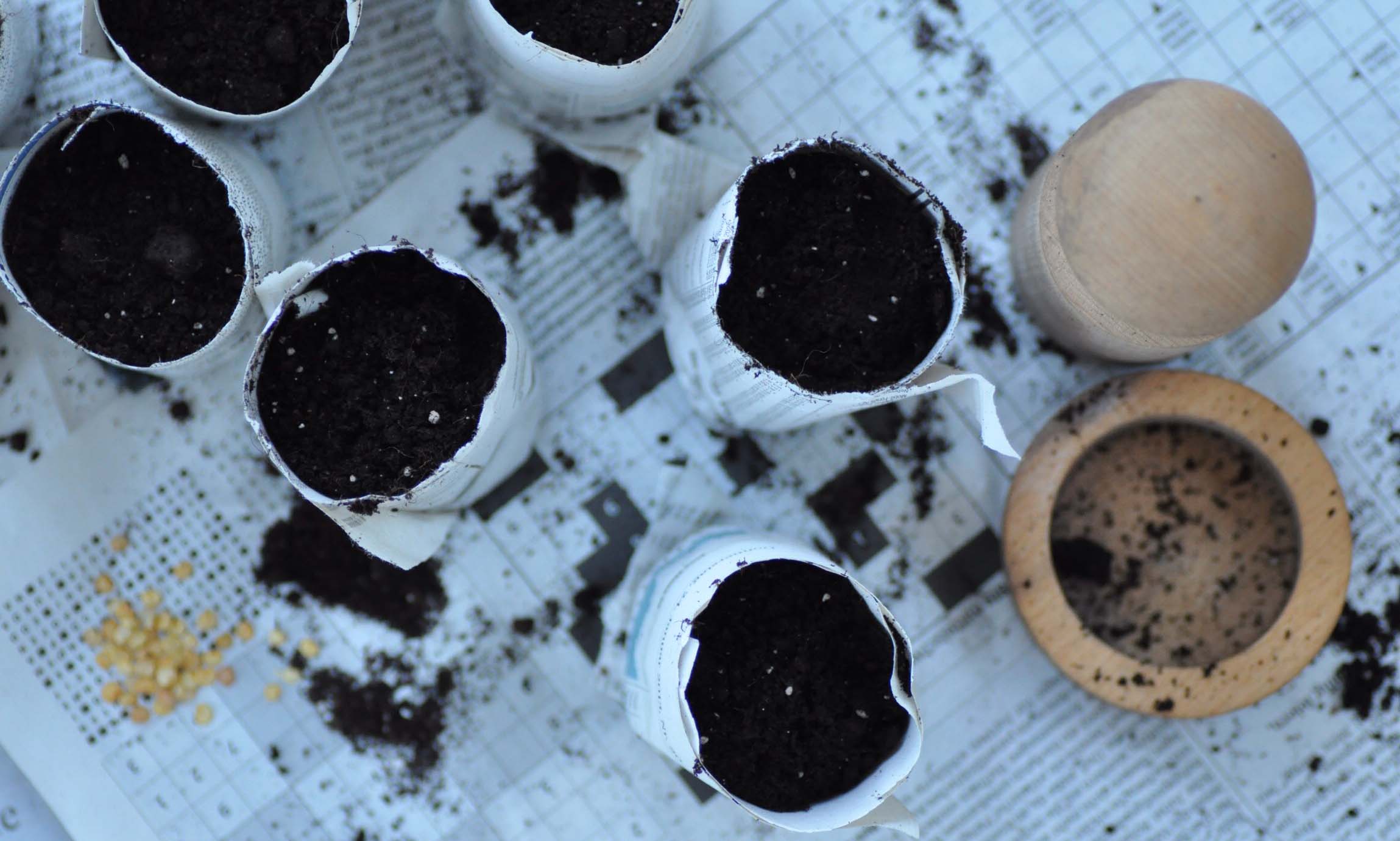 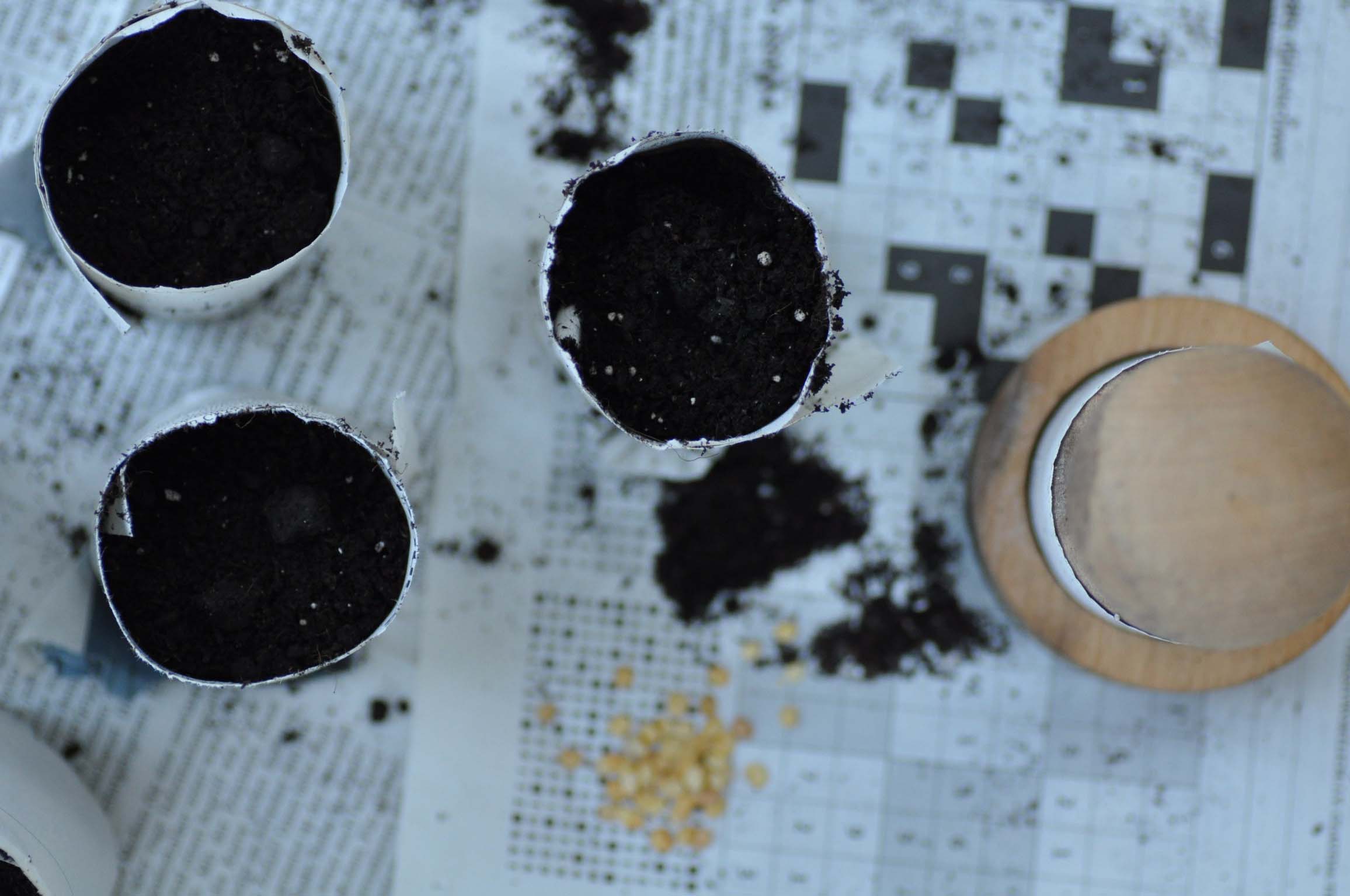 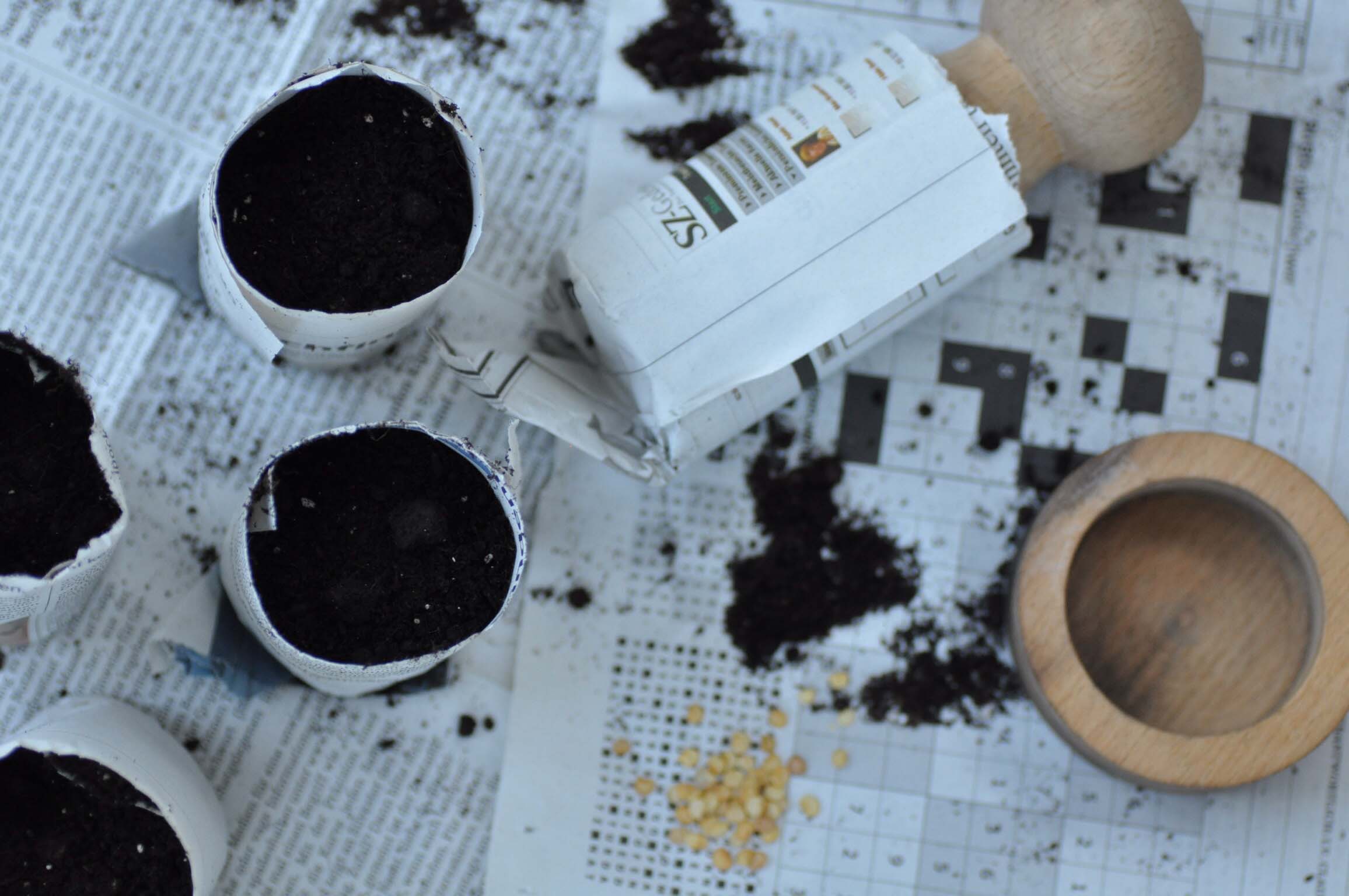 it is really unbelievable, but it is time to start sowing all kinds of peppers and chilis! in february already. i was really surprised when i read about the recommendation to start sowing these vegetables in our climate zone already now in order to grow them in their childhood and youth inside. but as my pimientos de padrón have been a disaster last year, where i started to sow them in spring like all the other vegetables, i am ready to believe.

in the beginning they need a warm place to sprout. once they are young plants they will prefer a cooler place. and in very late spring, way after the last frosts you can plant them outside. better is to grow them in a greenhouse, if you have. i really dream of having a greenhouse at some stage. but until then i will try to grow these “exotic” things outside, hoping to have a warm summer.

to sow inside there are a number of potting options. last year i had prepared small growing jars which pop up when you water them. another option are bought jars which you have to fill up with potting compost to be ready for sowing. and a third, more basic option is a wooden fruit crate filled with potting compost. 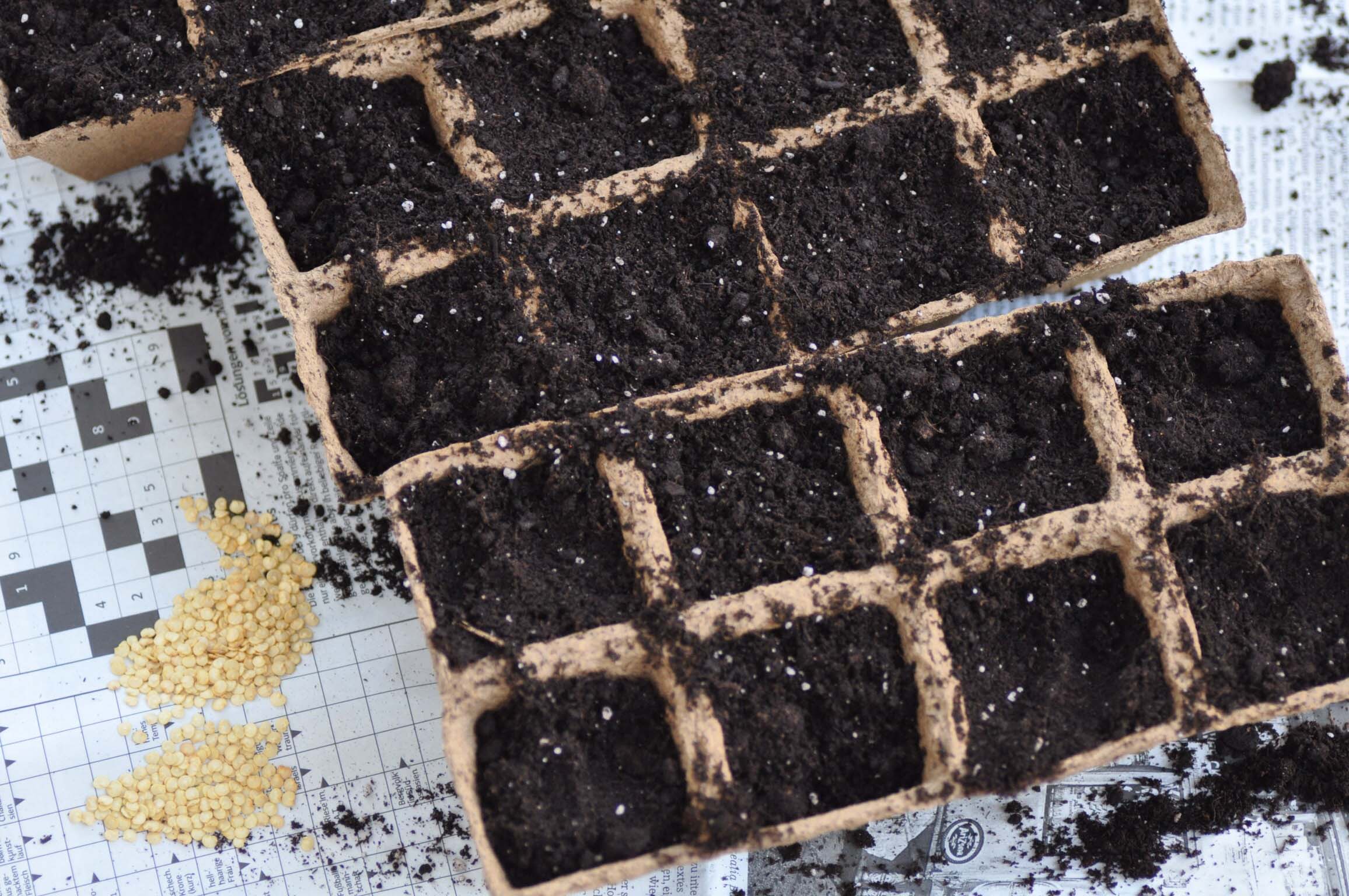 for the pimientos de padrón i had some bought jars to fill with potting compost, but they have been too few to sow also the bell pepper. so i remembered the do it yourself sowing pot maker i bought some years ago. you only need a strip of newspaper, roll it around the pot maker, fold it on the bottom and press it into the second part of the pot maker. there you go with home made sowing pot. it is a good recycling of old newspaper, without any extra costs and you can even plant the vegetables directly in the newspaper pot into the beds later.