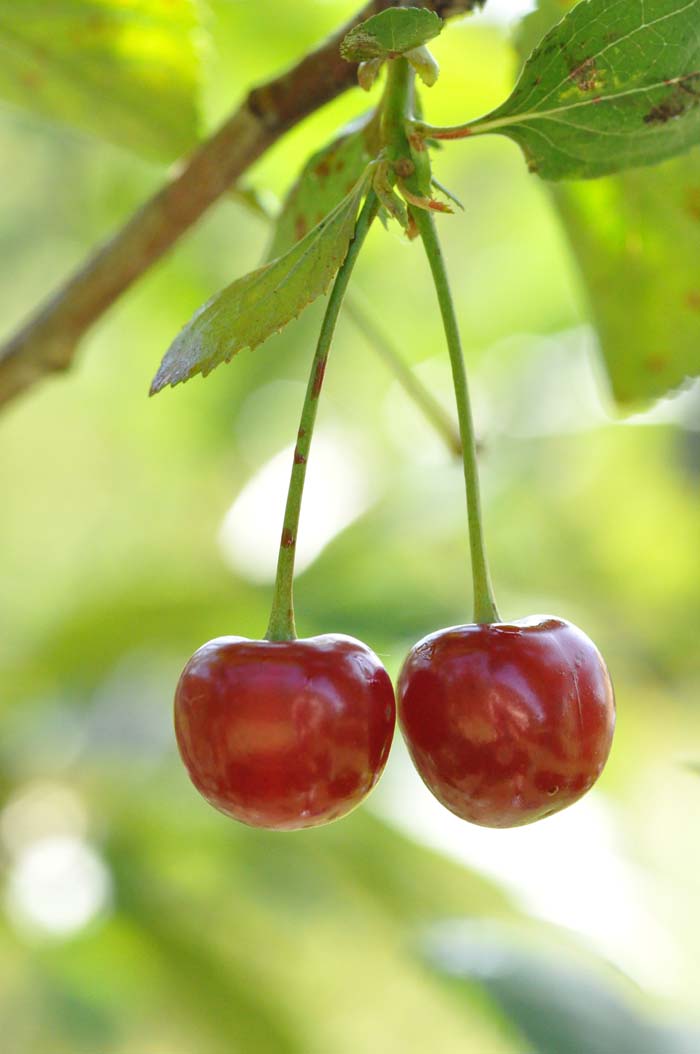 these cherries are a real wonder! when we found this place this tree was almost dead! i think the tree is very old and has not been trimmed for a very long time. in our first summer it had not one single cherry. but this year, after a radical cut, it was enough for us and the birds.

after this first summer we really thought about taking down the tree. but luckily it was the time we started to study fruit tree pruning and my husband really loves to prune. so we decided to prune the tree completely down to its stem. that means we cut of every single branch. i guess i don’t need to tell you that this looked like the final doom.

but the first wonder happened next spring. the tree got a lot of new young shoots. they have been so many that, in the following autumn, we had to do a very radical fruit tree prune again. according to a book fully dedicated to fruit trees we cut off everything despite the main stem (which should be the one that is the highest of all the branches) and three additional ones (evenly distributed into 3 different directions and preferably with 45° angle to the main stem). you also cut each of the 3 branches and only leave about 2/3 of its’ length. this will ensure that it splits up again and again. next winter we had a lot of work again because it grew a lot again the past summer. we cut off every shoot starting to grow towards the inner part of the tree as the tree should be more like a dome at the end.

and it payed off! this year we had sour cherries. not one or two, but really enough for everyone and a heavenly good chocolate and sour cherry cake!