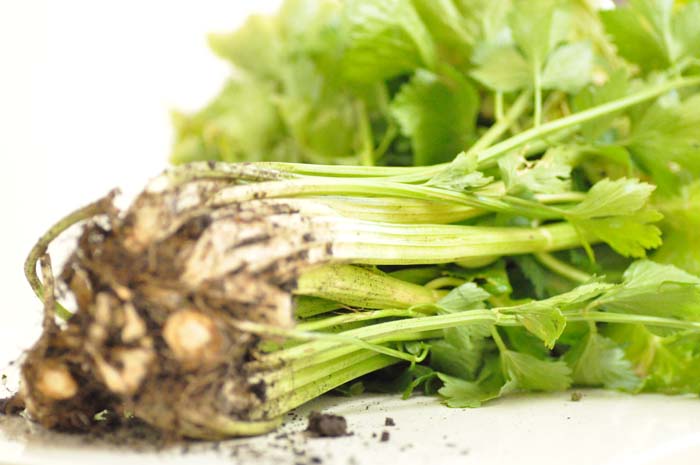 harvesting this celery now is really amazing! it all started with my indoor propagation by seed in early spring. when the celery seeds started to sprout the celery has been like a pin and now, one summer later, one single celery plant is almost as big as my arm is!

to be honest, between the sowing and the harvesting it did not really look like it was working fine. the first challenge was to plant these pin sized celeries. most of them did not survive, because they have been too tenuous. i think it just was too early when i put them outside. but nether the less, some of them survived and they started to grow … very, very slowly. until july i did not believe that we would harvest celery at all. but some of them got stronger and stronger and now in october we have four such enormous celeries to harvest.

i have no idea what to do with such a rich celery harvest, as i use it usually only in small doses, but some days ago i found an italian celery and olives salad i will try.